The Unknown Artists Present:
AFTER THE FALL
by Arthur Miller

Often called the most autobiographical of Arthur Miller’s plays, “After the Fall” probes deeply into the psyche of Quentin, a man who ruthlessly revisits his past to explain the catastrophe that is his life. His journey backward takes him through a troubled upbringing, the bitter death of his mother, and a series of failed relationships. One of these, an ill-fated marriage to the charming and beautiful Maggie, who went from operating a switchboard to become a self-destructive star – a singer everyone wanted a piece of. With tremendous psychological acuity and depth, and a brilliant, dreamlike structure, “After the Fall” draws on Miller’s own life – the story of a man striving to comprehend his feelings for his friends, family and the women he has loved.

TICKETS:
$20 online, $25 at the door
http://uaafterthefall.eventbrite.com/

ANDY HIRSCH^ (Quentin) is pleased to be working with the Unknown Artists. Favorite stage includes starring in the world premiere of The Speed of Darkness with Stephen Lang at the Goodman Theatre in Chicago, playing Bobby Kennedy in Apollo at Portland Center Stage, Abbie Hoffman in The Chicago Conspiracy Trial at the Odyssey Theatre, Judgment at Nuremberg with Katharine Ross, Moonchildren at the Edinburgh Festival in Scotland and MilkMilkLemonade at Rogue Machine where he’s an ensemble member.  Andy just wrapped the upcoming feature Shot with Noah Wyle.  He has starred in several films including opposite Gary Cole in The Chicago 8 and with Eric Stoltz in the award-winning W.W.II film Fort McCoy.  Some of his television credits include Big Love; Shark; Any Day Now; Beverly Hills 90210 (recurring); G-Spot (recurring); the NBC sitcom The Fanelli Boys (series regular); the Emmy nominated mini-series In a Child’s Name and the TV movie Thanksgiving Day with Mary Tyler Moore.

MEGHAN ALLISON* (Maggie) was last seen as Gloria in A BETTER YOU as part of The Hollywood Fringe Festival (Studio C). Her notable credits include, IN THE BEDROOM (Studio C), LYSISTRATA, A RE-IMAGINING (The Unknown Artists), DEVOUR (The Unknown Artists), BUS STOP (The Manhattan Playhouse), MY COUSIN RACHEL (Lamplighter’s Theater, Aubrey Award Nominee), AN ACTOR’S NIGHTMARE (Lamplighter’s Theater), and CINDERELLA (Shakespeare Santa Cruz). An  accomplished choreographer, Meghan also works with the talented children of Sierra Madre Middle School’s PAK program. Meghan is a graduate of U.C. Santa Cruz (B.A. Theatre Arts) and has studied with Shakespeare Santa Cruz. Meghan is also the Associate Artistic Director of THE UNKNOWN ARTISTS. You can also catch Meghan as Stace Jennings in the web series, Slightly Dramatic. www.slightlydramatic.com 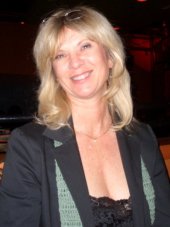 CHRISTY BELL* (Mother) is honored to be working with The Unknown Artists. She lived and worked as an actor in Los Angeles in the 1990’s and then moved to Chicago in 2000 where she worked as the Director of Education for a performing arts school and found time to perform with Buffalo Theatre Ensemble in Country Club (Pooker) and Sylvia (Kate).  Her favorite stage roles have been Rose in Wool-gatherer, Simone in Black Angel, Jessie in ‘Night Mother, Rita in Prelude to a Kiss, and now Rose in After The Fall. She is currently building her own business called Spoil Me Fresh (.net) where she enjoys shopping and cooking for kitchen challenged Angelinos. Christy is a proud member of SAG/AFTRA and happy to be back on the west coast and enjoying all the opportunities LA has to offer.

JULIA MACK (Louise) – Hailing from Northern California, Julia is a graduate of Chico State University with a BA in Theatre Arts and a minor in Psychology, the Second City Hollywood Conservatory for sketch comedy and iO West for long form improvisation. She is excited to take the stage with such a talented cast in an incredible production. She is constantly grateful of the unwavering support she receives from her family, and has a love for pizza that can never be matched. Stay in touch! Jkmack64@gmail.com 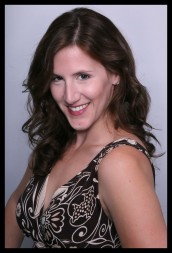 HEATHER LYNN SMITH (Holga) is happy to be joining The Unknown Artists for this production. Favorite past productions include: The Rainmaker (Lizzie Curry), On Golden Pond (Chelsea Thayer), The 39 Steps (Annabella/Margaret/Pamela) and most recently the world premiere of Happy Armenians (Siran-LA cast and Sacramento cast). Shout out to my family and friends for always supporting my crazy journey. And a super special shout out to my fiancé, Ryan for the never ending encouragement, love and pep talks. 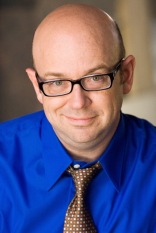 JIM MCCAFFREE (Mickey), a veteran of the Chicago and Los Angeles improv scenes, has also performed with Circus Theatricals (now New American Theater) in Los Angeles. If you have kids, you may have seen him as Principal Manbeck in The Thundermans. 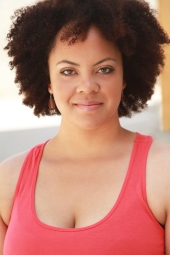 KATE PURNELL* (Felice) is overjoyed to work with The Unknown Artists. Her previous work with the company includes performing in the Festival of Unknown Artists, Devour, and Lysistrata, A Re-Imagining.  A Bay Area native, Kate has performed in various productions at Black Repertory Theatre in Berkeley, Douglass Morrison Theatre in Hayward and the former Alice Arts Center in Oakland, Ca. She received her BA in Dramatic Arts and Global Studies from UC Santa Barbara. Past productions include: Little Shop of Horrors, A Christmas Carol, An Inspector Calls, For Colored Girls Who Have Considered Suicide When The Rainbow is Enuf and A Night A The Cotton Club. Kate is excited to be polishing her chops in film and tv in her new home of Los Angeles. 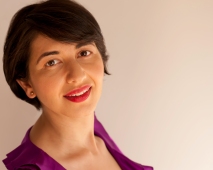 AZO SAFO* (Elsie) – Azo’s journey in theater started at a young age when she she studied voice and sang in choirs.  Initially thinking she was going to be an opera singer, Azo became passionate about theater when she acted in Eve Ensler’s Vagina Monologues. To this day, it’s one of her favorite shows to do on stage.  In recent years, Azo has been learning to play the acoustic guitar and dreams of recording a folk album one day.  Azo has studied at Studio Theatre in Washington, D.C., Actors’ Gang in Culver City and Actors Playpen in Hollywood. She is honored to call Play Club West her home and these fine thespians her peers!  Huzzah! 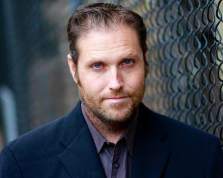 BRETT CHAPIN (Dan) is proud to be performing in his first production with The Unknown Artists. His favorite roles include Seymour in Little Shop of Horrors, Jack in Into the Woods and Tony in You Can’t Take It With You. brettchapin.com

JULIETTE GAO (Carrie) is delighted to be performing with the The Unknown Artists. She has been in a few musicals, her most prominent being Les Mis. She has spent three years in Idaho, acting in both cruises and tourist attractions. She hopes you enjoy the show!